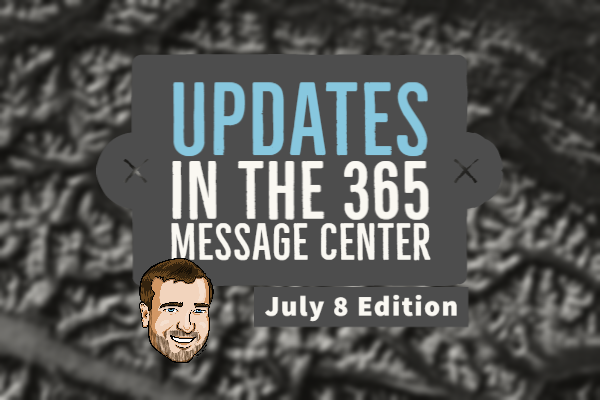 This update was previously announced to be completed in the month of June. However to reduce the amount of change in Microsoft 365, Microsoft has chosen to delay the it until the start of July for all tenants and the Microsoft Government – GCC tenants at the end of July. This update is all about making everyone, including those in your organization, wait in a lobby before the organizer starts the meeting.

Another casualty of the many changes in Microsoft 365, is a feature that was previously announced in May that would bring to Outlook for Mac the ability for Microsoft Teams in islands mode users to schedule meetings with Teams. This feature is already available for Outlook in Windows, on the web, for Android and iOS. It will be coming to Outlook for Mac in July instead of mid-June as previously announced.

Admins will soon be able to manage which accounts can log into Microsoft Teams via enrolled mobile devices, as well as limit a device to a single corporate account. However, Microsoft is delaying this feature to reduce the amount of change happening in the service. The rollout will be completed by the end of July instead of June, except for the iOS device update, which has already been completed.

As discussed on episode #138 of the 365 Message Center Show, structural navigation caching is a performance based update for SharePoint. Previously it was scheduled to be rolled out completely by now, but Microsoft is pausing the deployment of this functionality. Microsoft is making changes to the code before it continues the full rollout, which is now scheduled for the third quarter of 2020.

This feature enables Yammer to use the information from your Office profile, instead of having a separate profile entity. The feature has been delayed to reduce the amount of change in Microsoft 365. It is now scheduled to be completed by the end of July.

The ability to share lists from your personal account to your Microsoft 365 To Do environment is being postponed. The rollout to customers will now begin in August and is expected to be completed by the end of September. It appears this delay is due to Microsoft enabling an admin setting in the tenant. This new admin setting will enable administrators to restrict this feature. More information will be shared on how to use this admin setting in the future.