It is a frequent question – can I skip a SharePoint version when upgrading? For example can I do a direct upgrade from SharePoint Server 2007 to 2013? The answer is no, you can't without having to use a migration product – which isn't really “upgrading.” The path to upgrade SharePoint 2007 to 2013 includes an upgrade to SharePoint 2010 first.

In March of 2015, Bill Baer, Senior Product Marketing Manager at Microsoft, asked if there was any demand for skipping ahead when doing a SharePoint upgrade (a.k.a. N-2 upgrade).

My response was similar to many other SharePoint administrators and architects: Yes! Absolutely!

I recently decided to give it a shot – upgrade a SharePoint 2010 site collection via database upgrade to SharePoint Server 2016 Release Candidate (RC). As of this post's writing, SharePoint 2016 has not been released to production (RTM), but since we have been told the RC is close to the what will be delivered in RTM, it would be a good trial.

I installed Service Pack 2 and the December 2015 CU to my 2010 farm and after the typical issues, I was ready to go.

I think I would have been disappointed if it ended any other way #SharePoint 2010 #Patching#Failpic.twitter.com/pDeLqFS20K

I took a backup of the 2010 content database and restored it as a new database appropriately named SP10_to_SP16RC_Content. On my SharePoint 2016 RC server, I performed a Test-SPContentDatabase Powershell call on the database.

Lots of red text! It appears the test failed when seeing a table column name ‘PlaformVersion'. So, from this, we can gather that the upgrade will fail. Just to confirm, I went ahead with the upgrade. 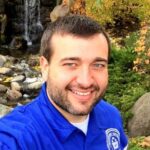