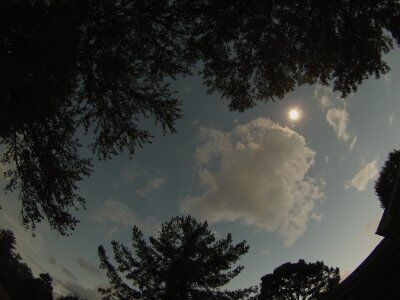 I am lucky enough to live in an area that was in the “path of totality” for the solar eclipse that took place August 21st, 2017. Being the largest city in the 100% coverage path, Nashville was expected to receive visitors from all over the world for the event and I had a front-row seat from my home!

The hour leading up to the event was plagued by clouds.

Thankfully, the clouds parted before the total eclipse happened so I could see it clearly and take some pictures!

This is a time-lapse video using my iPhone capturing the shadows and changes in light from before, during, and after the eclipse.

The pictures below were taken with a Canon Rebel with an EF 75-300mm f/4-5.6 III lens. Click the image for a larger version.

I hope you enjoyed the pictures! Learn more about the #SolarEclipse event by visiting the NASA page.