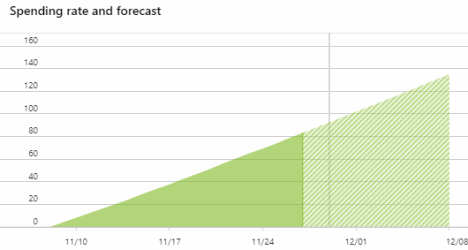 I have a subscription in Microsoft Azure that I use for hosting virtual machines, SQL data, and a few Azure functions. A few months ago, I went over my normal amount of spend for the period and I didn't know why. I am very consistent with my usage and have the same bill pretty much every month.

In my investigation to find what caused the spike in Azure costs, I was introduced to the new product from ShareGate called Overcast. You may know ShareGate from doing migrations of data into SharePoint and Office 365. However ShareGate has introduced new products recently, and Overcast promises to simplify cost management for Microsoft Azure. This is a promise I put to the test – I wanted to find out why my usage had spiked and where I could save money.

NOTE: this post is NOT sponsored by the ShareGate team, nor was I asked to post by anyone at ShareGate. This was me simply using a tool that promises to help with the exact problem I had.

ShareGate Overcast works as an initial free trial and will remain free if your total yearly Azure spend is not over $50,000. My spend is nowhere near that amount so using the product for free is really a no-brainer for me. I went to ShareGate’s website and started the Overcast process. Once I put in my information and logged into Azure using the tool, Overcast started analyzing my instance in Azure and sent me a report via the email address that I had added into the tool.

When I opened the email, I was shocked – Overcast said I can save over $300 a year with changes it recommended. This was surprising to me because I really don't spend that much every year in Azure. The possibility of saving that much money was astonishing.

The first recommendation was to address a disk that was not attached to a virtual machine. This disk had been sitting unused for many months apparently and had been costing me over $19 a month. Simply by removing this disc, I'm will save enough to run a budget-sized virtual machine full time for the entire month if I wanted to do so – that's over $235 a year or 15% of my yearly spend!

My first take on the Overcast product is a positive one. By simply allowing it to run a report on my configuration, it's able to give me suggestions on changes I can make to save money – and isn't saving money important for everyone?