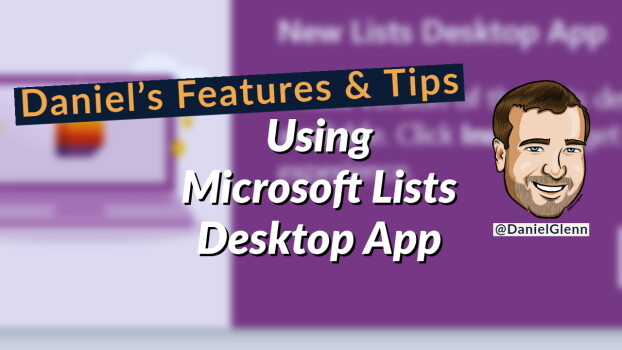 Microsoft Lists is a relatively new app within Microsoft 365 that allows for easy access to all your lists. These lists exist in your SharePoint sites, as well as within your own OneDrive for Business. Now we also have a Microsoft Lists desktop app that allows usage of lists offline and provides quick access. Here are my thoughts and instructions for you to install the app. I also created a video showing how to install and use the app that's embedded at the end of this post!

What is the Microsoft Lists Desktop App

Installing the app is very easy and quick. When visiting Microsoft Lists app in a supported browser, the service will prompt with information on the desktop app.

Once you do agree to install the app, the Microsoft Lists tab in the browser closes and the app loads. The first run experience allows for the configuration of where links to the desktop app will be placed. You can have a link in the taskbar, in the start menu, on your desktop's home screen, as well as have the app load when Windows starts.

You can now access all your lists from your desktop without having to launch a browser manually.